Does Your Dog Have Cushing’s Disease? This Holistic Option Can Help! 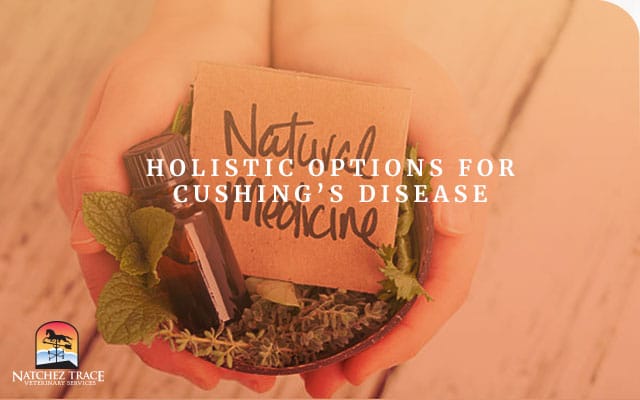 Yes, You Can Naturally Help Your Dog’s Cushing’s Disease

If your dog has Cushing’s disease, you can help naturally.

Cushing’s disease, also called hyperadrenocorticism, is a disorder in which the adrenal gland produces too much cortisol.

Anatomically, the triangular-shaped adrenal glands sit adjacent to the kidneys.

There are two different types of Cushing’s disease affecting dogs.

In typical Cushing’s, the adrenal cortex produces too much cortisol resulting in irregular metabolic and immune system activity.

Typical Cushing’s results from hypersecretion of ACTH from the pituitary gland, a gland located at the base of the brain.

As many as 80% of dogs diagnosed with Cushing’s are labeled as pituitary-dependent.

However, the other 20% of the time, tumors in the adrenal glands cause the disease. This situation represents adrenal-dependent Cushing’s.

Only recently identified, atypical Cushing’s occurs when the adrenal cortex produces an excess of steroid hormones.

In turn, the excess steroid hormones produce symptoms similar to the symptoms of typical Cushing’s.

Generally speaking, both typical and atypical Cushing’s disease affects males and females equally and middle age to older dogs of all breeds.

A general guideline for dosing melatonin is:

Note: If melatonin makes your dog excessively sleepy, give melatonin only at night.